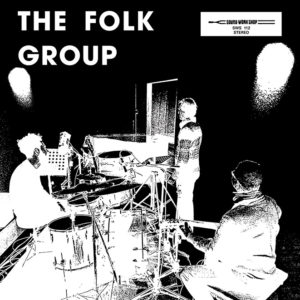 
Piero Umiliani’s rich and diverse discography got us used to bold experimentalism, to excursions into popular music as into avantgarde. Nonetheless, while “The Folk Group” makes no surprise, it still represents a peculiar work within Umiliani’s seemingly endless career.

Originally published under the name of M. Zalla, an alias he especially used for those albums that were difficult to classify – and among which we must mention the extraordinary “Mondo Inquieto” and “Problemi d’oggi” – this album uncovers the Maestro’s passion for folk and ’60s/’70s music.

Recorded for the Background Music series, we can only speculate that the music of this LP could have been used to score some Wild West documentary: through the abundant use of acoustic and electric guitars and harmonica, Umiliani perfectly recreates that intimate feeling typical of blues and melancholic folk, allowing himself a few minor digressions. Isn’t this surprising? Indeed it is, if we consider the rest of Umiliani’s production, but it is evident that The Folk Group falls within the category of library music, those products commissioned and recorded for a specific purpose. Aside of standard (but great) tunes setting the mood such as “Folk Group”, “New Fields”, “Singin’ the Tune” and “Young Time”, the two songs that best characterize the album are the ones that unmistakably carry the mark of Piero Umiliani: the bizarre “Guitar Improvisation” that closes the A side of the LP and the incredible and funky “Underworld” (a gem that we recommend to any hip-hop producer) that ends the B side.

The amazing original front cover artwork deserves a special mention, since it was made (without any permission, we guess, and for no apparent reason) using a retouched photo of The Rolling Stones! Definitely, those were different times…

LP:
A1 Folk group
A2 Young time
A3 Debut
A4 Mood blues
A5 Night river
A6 Red train
A7 Guitar improvisation
B1 New fields
B2 Western melody
B3 Spring song
B4 Pastime
B5 Singin the tune
B6 Happy vagabonds
B7 Old rock
B8 Underworld